Jackpot Racing would like to congratulate some of their elite athletes on their recent news.

Adam Bowden has been confirmed on British Triathlon’s Podium Squad. That puts him alongside Alistair and Jonny in the race to Rio. Whilst Tom Bishop is on the Podium Potential Squad, breathing down their necks.

Its a similar story in the ladies, with both Lois Banks and Heather Sellars appearing on the Podium Potential Squad as well.

Jackpots Heather Sellars and Tom Bishop showing off their new kit for the first European Games which will take place in Baku later in June. And very smart they look too.

Heather will be first to hit the water in Azerbaijan on June 13th, whilst Tom will dive in to action one day later on 14th June. The duo will be joined by fellow Leeds triathletes Jess Learmonth, Gordon Benson and Phil Graves, plus Helen Jenkins.

The winner at the European Games in Baku will be offered a ‘Nation’ spot to the Olympics in Rio next year, so it is an important event for all concerned and there will be some top competition. 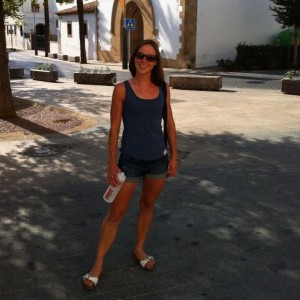 Catherine Emma Jameson has today announced that she is joining the Jackpot Racing triathlon team for 2015.  She becomes the first elite female to join the team.

Catherine has been a professional triathlete for four years and has already established herself as a top performer. Her best performances of 2014 include:

“It’s a new year and lots of exciting new things lay ahead for me in 2015. After not being part of a team for the past couple of years I am really pleased to announce that I have just joined the Jackpot Racing team. Over the past year I have heard so many great things about the team so I am really excited to be a part of it. I have now moved into my fifth year in triathlon so this year I am going to step up and have a dabble in a few 70.3 races as well as trying to qualify for the 5150 World Championships where only the top 30 girls in the world qualify.”